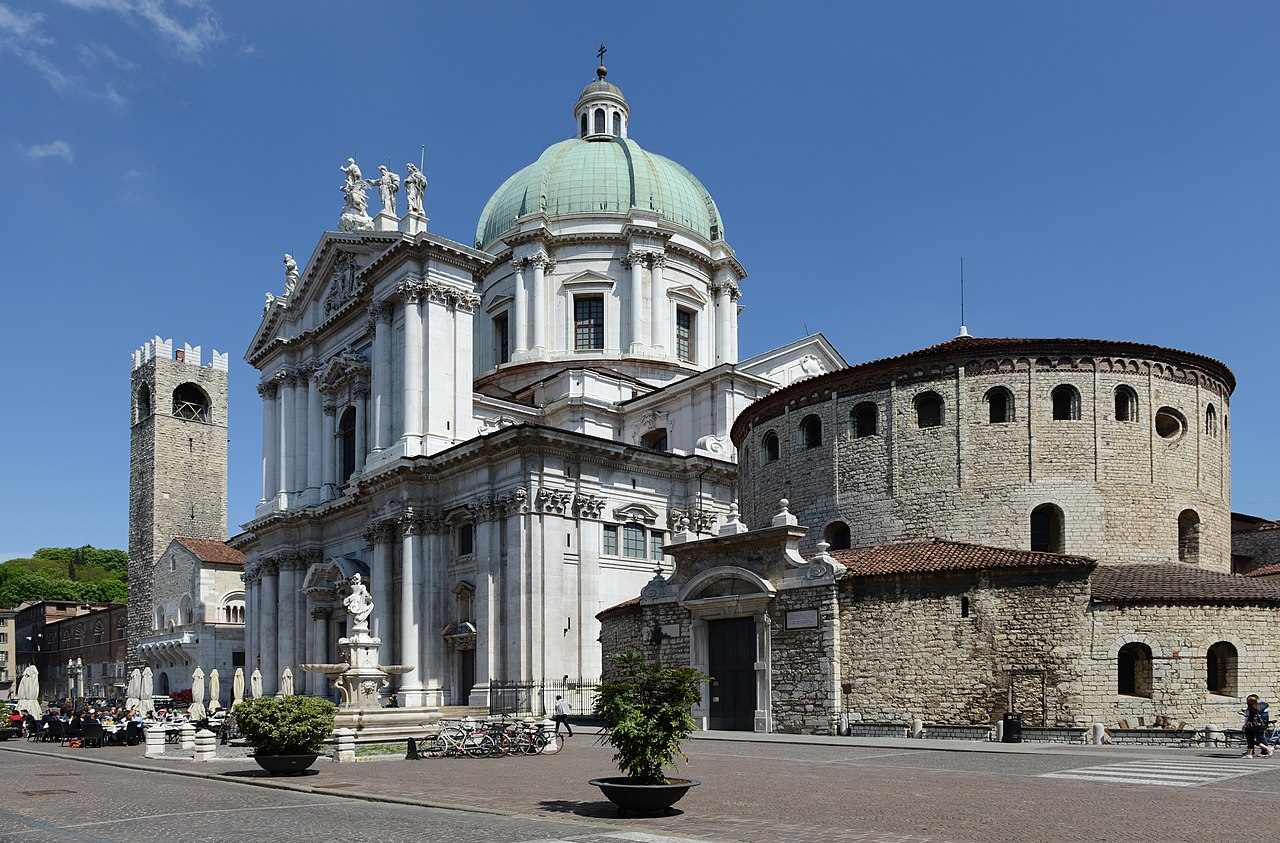 What to see in Brescia

What to see near Brescia

Curiosities about the city of Brescia

Brescia is a city of ancient origins, it was founded more than 3000 years ago and has a significant historical heritage, as well as being a very productive and active city also in the field of manufacturing and industry.

It is known for the 1000 miles vintage car race and for the production of Franciacorta wine.

The name Brescia derives from the Latin Brixia: the origin of the name is well documented in the classical writings of Valerio Catullo (Roman poet, born in Verona, who loved to spend his time in his father’s villa in Sirmione, on Lake Garda).

During the Risorgimento, Brescia was given the nickname “Lioness of Italy” for the brave resistance of the Brescians against the Austrian Empire during the X days.

On May 28, 1974, the attack took place in Piazza della Loggia, and this tragedy is still remembered and deeply felt by the citizens of Brescia today.

Brescia according to the famous art critic Philippe Daverio is “the most powerful historical stratification of Northern Italy”, this is because in the city we find several monuments belonging to different eras (from the ancient to the modern age), some of these world heritage sites according to UNESCO.

Explore Lake Garda starting from the city of Brescia in full freedom of movement!

Brescia is well connected by train with the main cities of Italy and Europe, for this reason Garda Lake Rent has decided to provide its customers with a support point in Brescia city, in Via Cipro, a few steps from the bus station. trains and Brescia bus station.

Do you want to get out on the street right away? Book the free delivery of your vehicle: car, van, scooter or vespa directly to the Brescia train station!

Flexible service without surprises: always new and sanitized vehicles at economical prices. Rent a car for private use or for your self-catering holiday.

Rent a van for work or for a move: a wide range of commercial vehicles are available for all mobility and transport needs.

Do you want to get out on the street right away? Book the free delivery of your vehicle: car, van, scooter or vespa directly to the company, hotel, or to your home!

If from the city of Brescia you want to move to the neighboring lakes (Lake Garda, Lake Iseo, Lake Idro, etc.), the best solution for your mobility could be a two-wheeled vehicle: during the summer or holidays the roads that go from the city towards the lake areas and the roads of the Brescia lakes are very busy and renting a Vespa or renting a scooter starting from Brescia will allow you to move in total freedom and autonomy avoiding unnecessary waste of time due to intense traffic.

Rent a Vespa or rent a scooter from Garda Lake Rent and forget the stress!

Do you want to get out on the street right away? Book the free delivery of your vehicle: car, van, scooter or vespa directly to the company, hotel, or to your home!

The rental experience in Brescia with Garda Lake Rent

Garda Lake Rent has offices located on the territory of Lake Garda: the Desenzano del Garda and Peschiera del Garda offices are connected by train, easily reachable from the main cities of northern Italy including Brescia but also Verona, Milan, Venice etc.

Do you want to get out on the street right away? Book the free delivery of your vehicle: car, van, scooter or vespa directly to the Brescia train station!

Garda Lake Rent has been present for years in the Garda area and has fulfilled the need to connect Lake Garda with the main airports and the main Italian and European cities. Thanks to the Brescia city office, a few steps from the Brescia train station, now all this is possible!
From 2019 we also offer NCC rental service with driver.

No surprises with Garda Lake Rent, the vehicles are all new and of high quality, in case of any unforeseen events we guarantee our customers free assistance 24/7. Whether you use the car for work or for your holidays or for private use, with Garda Lake Rent you will always receive an impeccable assistance service and a replacement car in a short time, thanks to our offices located throughout the Lake Garda area.